Why Is Copper Used For Soldering Iron?

Why Is Copper Used For Soldering Iron?

Soldering is the process of joining two or metals with the help of another metal. The another metal is a filler which has melting point lower than that of the metals it is getting joined to. The soldering is done at a low temperature than brazing. Lead was most commonly found in solders during the olden times but now they manufacture lead-free alloys for purposes like plumbing citing health issues.

Soldering finds its use in various purposes. These applications might have made you wonder “why is copper used for soldering iron” when other alloys can also be used! Let’s first know solder before you get an answer to this.

What is a solder?

Solder is nothing but a metal alloy that can be fused to create a bond between two metals. It has to be melted first so as to connect two metal pieces together upon cooling. A solder must have a melting point lower as compared to the metals it is being connected to. A solder must not get oxidised and must be resistant to corrosion. The solder used for electrical purposes must have the desired electrical characteristics. The melting point of soft solders ranges between 90° C to 450° C. The alloys that melt at around 180° C are the most common ones. The melting point of hard solders is above 450° C and are soldered by hard soldering. The other terms for hard soldering is brazing or silver soldering.

A range of thicknesses is available for hand soldering which is done using a soldering iron or soldering gun which may also contain flux. Before you proceed further to know “why is copper used for soldering iron“; first know what is flux!

Flux is an agent that brings the oxidised metals to their metallic state. Basically, it is a reducing agent which acts on metal oxides at contact points to improve the strength. It is of two types- acid flux and rosin flux.

Now-a-days, water-soluble flux is being used especially by electronics industry because of atmospheric pollution concerns. The water-soluble flux can be removed using detergent and deionized water. Hydrocarbon solvents aren’t used. Also, flux-core solders are in use since a century which is manufactured as a coiled wire of solder. It has rosin flux embedded along the length. Upon melting the solder, flux gets freed.

What is a Soldering iron?

A hand tool used for soldering manually is a soldering iron. It melts the solder by supplying heat so as to make the solder flow on the two metal pieces being joined. Soldering iron comprises of a heated metal tip and an insulated handle. An electric current is usually passed through a heating element and heating is hence, achieved electrically. Cordless irons are also in use these days that can be heated by gas combustion. The gas is stored in a catalytic heater.

It is a low power iron. It has a power rating of around 25 watts. These irons run at uncontrolled temperature. A temperature drop can be observed while heating something large.

They require cordless operation and can be used when electricity is not available. These are small irons which get heated with the help of a battery. They are also called the gas-powered irons as they make use of gas combustion. They adjust the gas flow to change power and have interchangeable tips.

These are the advanced irons for use in electronics. They have a temperature sensor and a method for temperature control. This helps to keep a constant temperature for the tip.

Why copper is used for soldering iron?

The tip of soldering iron is generally a copper or a copper core coated with iron or other metal. Copper allows for good conductivity of heat. Tinning the tip allows better heat transfer between the components being soldered and the soldering iron. The tip is cleaned to a shiny metal finish and then a layer of solder is applied when the iron is hot enough to melt out the solder. With the passage of time, tip loses the coating and the copper core gets exposed. However, the tip can be replaced or you can file the tip for using it again.

This definitely might have now given you a clear idea about soldering, soldering iron and “why copper is used for soldering iron“! Hope you got a crisp knowledge of this. 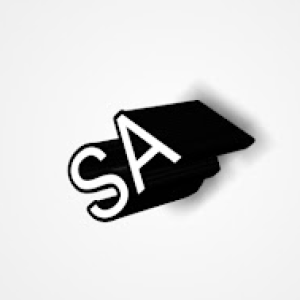 Things you would need in your Business Wardrobe:

Missipi-Coal Fly Ash for Removal of Radionuclide from Water

How To Use Fluke 117 True RMS Multimeter