Texas Hold’em is very popular social card game that is played in casinos and online, too. In this game from two to ten players can taking part. Texas Hold’em is a type of poker in which players use any combination of five cards on the table that are common to all players (community cards, board) and own two (hole cards, pocket (cards)), unlike the other types of poker in which each player receives only his/her own cards. The game has gained huge popularity in the first decade of the 21st century due to the rapid increase in representation on television, on the Internet, and in popular literature. Hold’em is an ideal game for strategic and mathematical analysis due to the fact that every player combines his two cards with the five cards that are common. Due to the simplicity of the rules, the game has become very popular in the world. In this article we will talk about the basic rules and principles of the game. Are you ready? Come on! 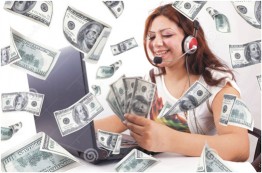 How to play poker – Step By Step and Rules
1.   At the beginning of the game one player is assigned the role of the dealer, and he is responsible for sharing of cards. During each new share, the role of the dealer takes the next player. That order is moving in a clockwise direction.
2.    Two players to the left of the dealer are called the “small blind” and the “big blind”. Before the sharing of cards begins, players in these positions are only forced to invest money. The bet (investment) which is given by the big blind is usually twice as high as a bet that is given by the small blind. Contributed amount have been previously agreed.
3.      When sharing, each player receives two cards that are facing down. These are called “hole cards”.
4.    After the cards are dealt, the first round begins, then players can invest money – bet. The player who is sitting to the left, next to the big blind, is inquiring as the first. This player has three options. 1) He can give up and throw away his cards – fold; 2) he can reach the amount that is invested big blind – call; 3) or he can raise the investment- raise. After each player submit his / her bet, chips were collected and placed on the centre of table. They make a bunch of chips called “pot”.
5.   Then, Betting continues counter clockwise on the clock, so that each player has the option. There are: Check (Continue in the hand without adding any more chips to the pot into the pot), Bet (To Increase the amount of Chips in the Pot) or Fold (to muck your hand).
6.    When the first round of betting is completed, the dealer places three community cards by facing upwards in order to each player could see them. This is known as “flop”.
7.  Another round of betting begins with the player left of the dealer who is still in the game and that continues counter clockwise. Players have the option to Check, to play without investing money in the case that a player before him did not invest money. A player also has the other options such as bet, call, fold and raise.
8.     After the second betting round, the next common card is turned to the table and that is called the “turn.”
9.   The third round of betting also begins with the player to the left of the dealer who did not give up the game so far. That is important to mention: rules are the same as for the previous round of betting.
10.   Finally, the fifth common card is turned to the table and that is called the “river”.
11.  And in the end, we come to the final round of betting. After that round, the remaining players show their cards. The winner is then declared. Whoever wins, he/she wins the pot.
What are the options of players in the round of betting
Options depend on the assessment of a player: will he give up, or will he continue with a game. These are
player’s options:
Fold: If you do not want to continue, you can dismiss your cards and leave the current round.
Bet: If nobody before you didn’t give any bet, you can do it yourself. For example, you would say: “I bet
20 chips” and attach your chips in the pot, so that everyone who wants to play, he must rinse your bet by
investing the same amount of chips. If they don’t want to continue, the players will give up.
Raise: You can increase a bet.
Check: You don’t give any bet.
And for the end:
Showdown is happening. Remaining players reveal their cards, and they find out who has the winning hand
and wins the “pot”. Each player has seven available cards, two of his all cards, which are shared at the
beginning and 5 common cards (on the table). He must set up the best combination.
Good luck and enjoy the game!

About the Author: admin